Two Gentlemen of Verona – The Musical

In 1973 I was engaged to perform in Two Gentlemen of Verona, a new musical by Galt MacDermot (music, of Hair fame), John Guare and Mel Shapiro (book; Shapiro also directed the show), based on Shakespeare’s play by the same name. The rehearsal period and entire run of the show turned out to be one of the most thrilling periods of my life in the theatre. Straight from Broadway, Eivind Harum (of Norwegian origin) had the choreography – a wonderful guy to work with. Barthold Halle, with whom I had the pleasure of working with in several productions over the years, directed the Norwegian production of Two Gentlemen of Verona.

The show ran for nearly two years and has since been revived at the New Jersey Shakespeare Festival (1996, directed by Robert Duke and starring Philip Hernandez and Dana M. Reeve), at the Public Theater in their Shakespeare in the Park series for a limited run, from August 28, 2005, to September 11, 2005, at the Delacorte Theater  (Kathleen Marshall directed and choreographed, and the cast featured Norm Lewis | Valentine; Oscar Isaac | Proteus; Rosario Dawson | Julia; Renée Elise Goldsberry | Silvia; Paolo Montalban | Eglamour; Mel Johnson Jr. | Duke of Milan; and John Cariani | Speed)

On April 26th in 1973, two years after its opening on Broadway, the production was an equally successful hit at the Phoenix Theatre in London’s West End and the show ran for 237 performances. That same year the production opened on October 26th in Oslo, Norway (see link below) to huge acclaim from critics and public alike.

Link to cast and production details of the Norwegian production of Two Gentlemen of Verona (“To muntre herrer fra Verona”) which premiered at Oslo Nye Teater | Hovedscenen | October 26th, 1973 (Oslo): 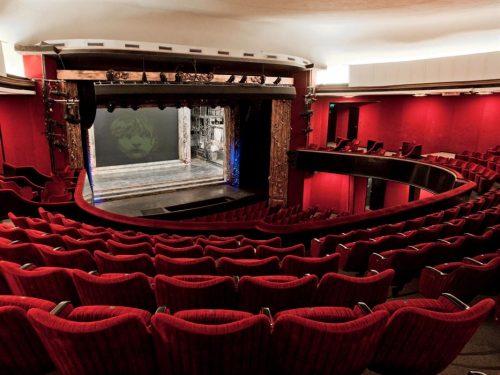