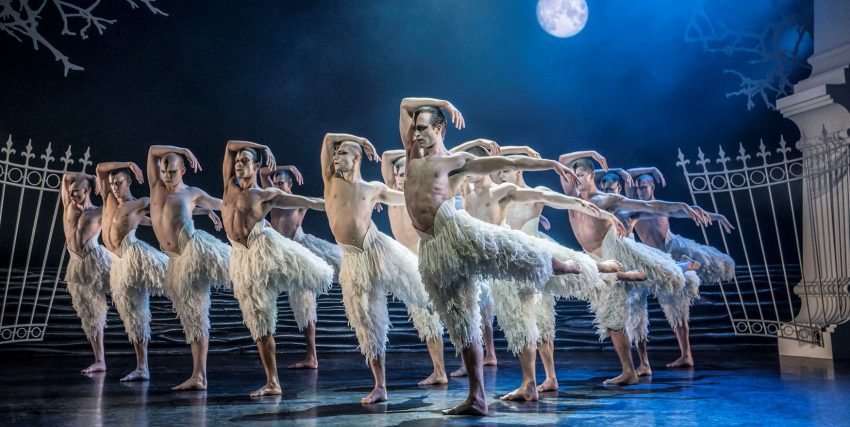 Matthew Bourne’s Swan Lake is a feast for the eyes and a celebration for the senses. Watching it for the first time was a stunning experience for me; a revelation. Dark, mysterious, sensuous and full of drama, Bourne’s theatrical revamping of this Petipa classic to the music of Tchaikovsky made this evening in the theatre one of those rare occasions never to be forgotten.

Matthew Bourne has received a whole host of awards. He was knighted in the New Year Honours 2016 and given an OBE. His company, New Adventures, is considered one of the most exciting ballet companies around today.

Matthew Bourne’s Swan Lake premiered at Sadler’s Wells on 9 November 1995 with Adam Cooper as The Swan. It was the longest-running ballet both in London’s West End and on Broadway, and has since been performed in the multiple countries across the world.

Matthew Bourne’s Swan Lake has collected over 30 international awards, including:

In 2012, a new cast of dancers (see credits below) was filmed at Sadlers Wells in 3D. After premiering in London the film was distributed nationwide and later released on DVD.

Here it is, the show in full-length version – in HD 1080p recording ‘n all. – Full screen, speakers up, and enjoy!