He Slipped Away | Vegar Werner In Memoriam

I feel such an ass – helpless actually – in the face of death. I simply don’t know what it means. A mystery, and, for some unexplicable reason, I suspect it might be a glorious one. Yet, all I want is to go on living.

It’s been the funeral of my beloved cousin and I didn’t go. Didn’t even send flowers. No, I didn’t go to sing the hymns. As for the flowers? My cousin was a flower, blossoming enough for me. What good does a bunch of lilies or carnations do or say anyway, that he, or I, didn’t express ourselves in times that’s been? We shared the passion of Dylan Thomas, this Welsh poetic giant and lover of words and language. Vegar discovered the passions and magic of Thomas many, many years before I did, when at the age of 18 or 19 he read Portrait of the Artist as a Young Dog. My first meeting with Dylan Thomas came much later – in the Autumn of 1978 when I was an assistant director in a production of Under Milk Wood in London. I was forever hooked. Many a time thought of Vegar who’d been speaking to me during so many evenings in each other’s company about Portrait of an Artist. Vegar spoke of the book as if it were a sacred object, a revelation. And it probably was for Vegar, just like Milk Wood was for me.

I’m bewildered. I’m overcome with awe for life, for death, the manifest, born and the unborn. The lived and all that’s unlived.

My cousin should have gone on blossoming but his time was up. I say, keep drawing and painting, bro – the universe is your canvas!

I’ll be sad from not having kept up with you in the way I would have liked to, and I’ll be missing you, dearest cousin. For a very long time to come. If God will let me. 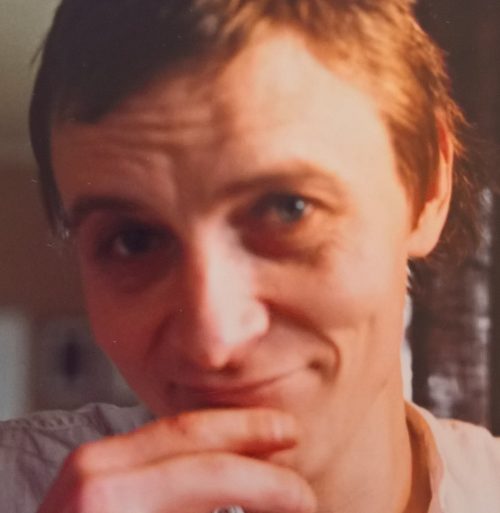